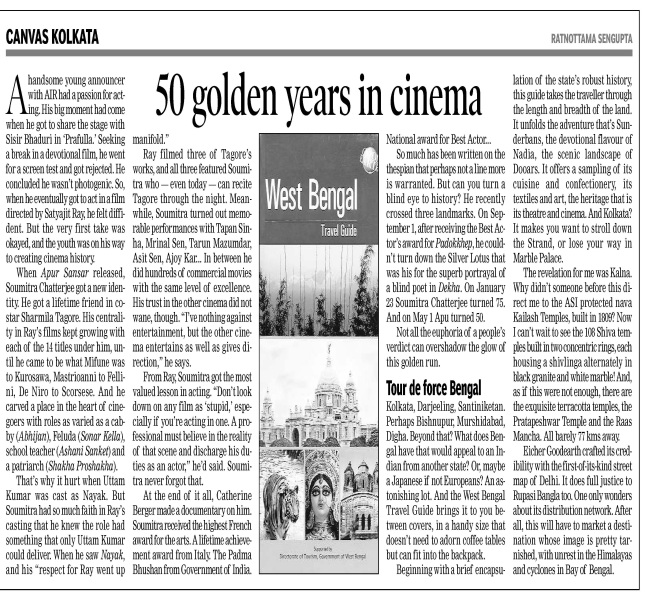 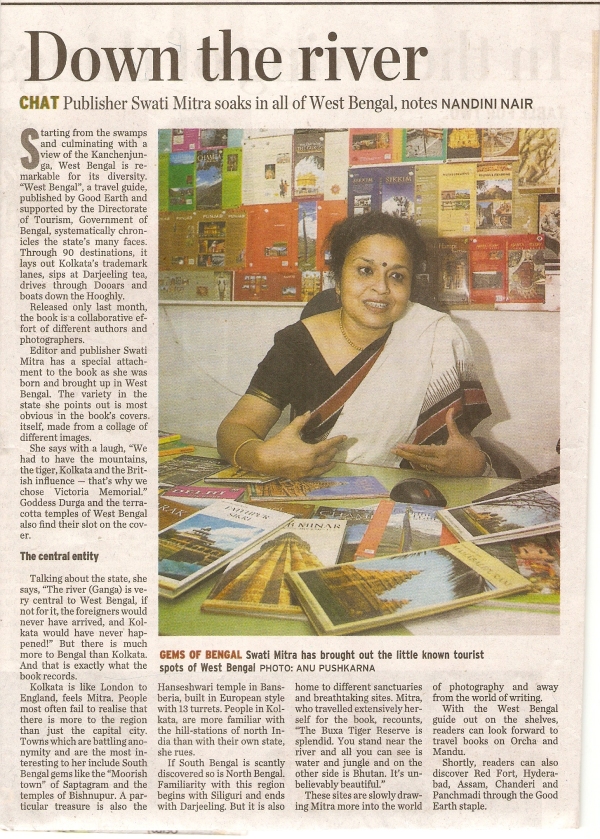 The Hon’ble Minister for State Tourism, Manab Mukherjee, launched the West Bengal Travel Guide at an official press release in Kolkata on 4 June 2009. Here’s the story in the Times of India Kolkata ed: 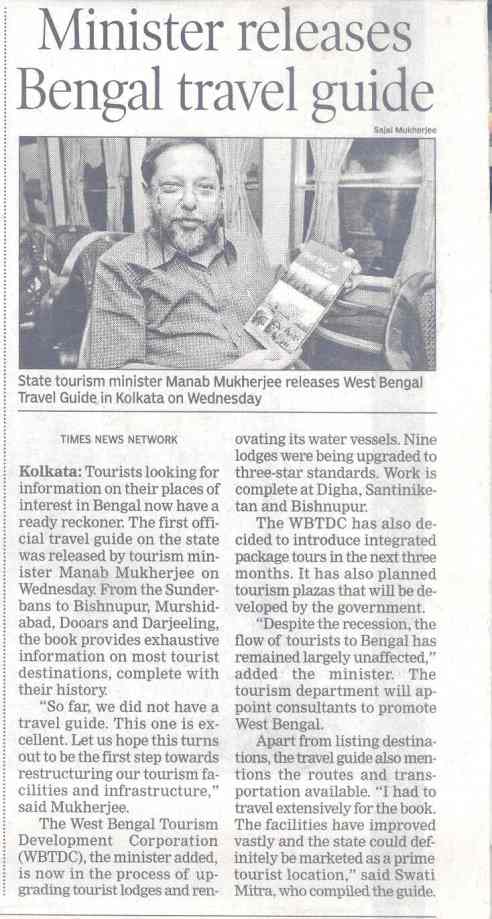 And not to lag behind, the haloed columns of Ananda Bazar Patrika also deigned to carried this review (dont worry we’ve translated it for you): 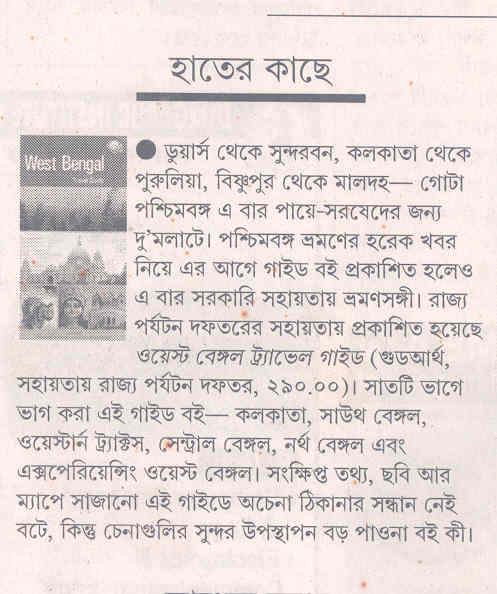 Translated: ‘From the Dooars to the Sundarbans, from Kolkata to Purulia, from Bishnupur to Malda — the entire state has now been presented between two covers. This is the first time that a travel guide on the state has been published in association with the state government. The book has been divided into seven parts — Kolkaat, South Bengal, Western tracts, Central Bengal, North Bengal and Experiencing West Bengal. Although this  guide does not reveal unknown destinations, the existing ones have been beautifully presented’.